The law surrounding attorney’s fees continues to change rapidly, posing a serious risk of legal malpractice for any attorney who fails to keep abreast of this developing area.

The Texas Supreme Court first set forth the basic standard of care for segregation in 2006 in Tony Gullo Motors v. Chapa. A reviewing court can reverse the award and remand the case for new trial on attorney’s fees if fees are not segregated as required by Chapa. 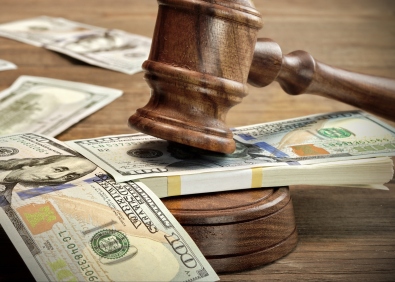 Other state courts also have emphasized the importance of segregation of unrecoverable from recoverable fees. In Seeley v. Seymour and Johnson v. Grayson, two California courts reversed an attorney’s fee award and remanded a case, holding the plaintiff failed to submit billing statements to distinguish between prosecution of a slander of title claim and services performed to remove cloud on title because it was possible to separate the claims and the issues were not too closely related.

Attorneys also must be careful to timely disclose in discovery how fees are segregated to ensure evidence is admissible at trial. The Federal Rule of Civil Procedure 37(c) states a party cannot use information to supply evidence on motion, at a hearing, or at trial, if the party failed to provide that information. Similarly, Texas Rule of Civil Procedure 193.6 provides that a party who fails to make, amend, or supplement a discovery response in a timely manner may not introduce such material

An attorney must segregate his time unless the legal services performed are so intertwined that they advance both a recoverable and unrecoverable claim. As recent at October 2017, the United States District Court for the Southern District of Texas in Cypress Engine Accessories v. HDMS affirmed the requirement to strictly comply with the standard set out in Chapa. The Court held that HDMS failed to segregate recoverable fees earned in defending a DTPA claim from unrecoverable fees earned in defending tort claims.

HDMS’s claim for attorneys’ fees was based on two theories: (1) Section 38.001(8) of the Tex.Civ.Prac. & Remedies Code provides for recovery of reasonable attorneys’ fees for a breach of contract claim; and (2) Cypress Engine brought its DTPA claim in bad faith, which entitles HDMS to fees and costs under Section 17.50(c) of the Tex. Bus. & Com. Code.

Several other states impose similar requirements. For example, Illinois has set out similar rules for disclosure and segregation of attorney fees in discovery. Article II, Rule 201(b) of the Illinois Supreme Court Rules states that full disclosures are required for any matter relevant to the case and Illinois Rule 219(c) provides that failure to comply with orders or rules of discovery could result in varying punishments from a stay of proceedings to default judgment.

So how does an attorney comply with the standard of care set forth in Chapa? In general, attorneys are not required to keep and produce separate time and billing records for separate claims, but doing so may well be the best practice until the courts further clarify the outer limits of the requirement.

Any attorney preparing to present evidence of attorney’s fees at trial should be aware that a trial court may demand more than mere opinion testimony, however, including an ability by the party seeking to recover attorney’s fees to identify specific evidence in attorney billing records on which the party’s expert’s opinion is based.

Attorneys who do not ordinarily prosecute claims where attorney’s fees can be recovered also are sometimes surprised to learn some states now permit the “lodestar method” to calculate fees in ordinary breach of contract claims. A failure to permit the court to consider a “lodestar” can result in a significantly lower award of attorney’s fees.

As set out in detail in Cypress Engine Accessories v. HDMS, some attorneys also are surprised to learn that Texas courts that have fully analyzed Tex.Civ. Prac. & Rem. Code §38.001 have concluded the some states do not provide a right to recover attorney’s fees from a limited liability corporation or limited partnership despite years of trial court’s allowing such recovery. An attorney’s failure to object to the submission of attorney’s fees against an attorney’s limited liability corporation or limited partnership is clear legal malpractice.

Statistically, we’ve known for decades that attorneys who sue clients to recover their fees invite counterclaims for legal malpractice.

Nicole Ward graduated from the University of Oklahoma College of Law in May 2017.  Her practice focuses on labor and employment law, professional liability, construction defect litigation, corporate law, and bankruptcy. She previously interned in-house for the general counsel at a nationwide building materials supplier and for an Administrative Law Judge at the Equal Employment Opportunity Commission (EEOC). At OU, she was a member of the Order of Solicitors, and won the Best Brief Award at the 29th Annual Ruby R. Vale Interscholastic Corporate Moot Court Competition. She served as a member of the Organization for the Advancement of Women Lawyers and served as a CASA volunteer. Contact her at nward@realclearcounsel.com