When tort reform swept the country more than a decade ago, many states imposed numerous pre-suit requirements to weed out meritless claims against medical and non-medical professionals.

Tort reform, however, hasn’t been at the top of most states’ legislative agenda in years.

Now it appears that some appeals courts may be pushing back against one of medical and non-medical professionals’ key, hard-earned defenses – certificates of merit. 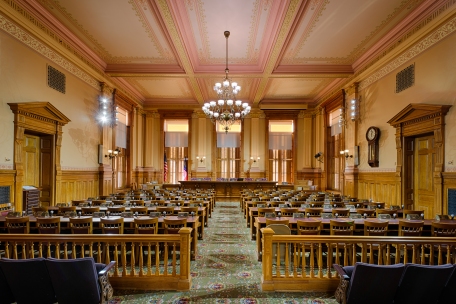 The John Court held: “the thrice incarnated affidavit of merit requirement found in Okla. Stat. tit. 12, § 19.1 (Supp. 2013)” “is an impermissible barrier to court access and an unconstitutional special law.”

The John Court held “[t]he courts of justice of the State shall be open to every person, and speedy and certain remedy afforded for every wrong and for every injury to person, property, or reputation; and right and justice shall be administered without sale, denial, delay, or prejudice.” Okla. Const. art. 2, § 6.

Oklahoma’s newest certificate of merit statute was among the broadest in the country. Oklahoma Statute, Title 12, Section 19.1. It required plaintiffs to serve with their petition a certificate of merit to establish a breach of the standard of care by the defendant professional in any civil action for negligence. Id.

The John Court held: “To be clear: whether in the context of a medical liability, professional liability, or – as in this case – expert liability, court access cannot be conditioned upon a plaintiff’s ability or inability to pay ‘some liability or conditioned coercive collection devices’ . . . Simply stated, section 19.1 is constitutionally infirm.”

As a result, the opinion likely brings sweeping change to the certificate of merit requirements in the state because the Court went out of its way to not limit the holding to the medical malpractice claims raised by the plaintiff.

Oklahoma plaintiffs, therefore, likely are for the foreseeable future no longer required to file certificates of merit as a pre-condition to filing suit in any other negligence claim against architects, engineers, accountants, insurance brokers, real estate agents, and other such professionals.

At least, Washington, Arkansas, and Ohio, however, have joined Oklahoma, concluding that the laws interfere with access to the courts or violate precepts like “separation of powers” or “equal protection.”

In contrast, the majority of courts that have considered the issue have declined to hold that certificates of merit pose a constitutional due process concern. See, Sisario v. Amsterdam Memorial Hospital, 159 A.D.2d 843, 845 (3rd Dep’t 1990).

Some states, however, recently have taken their own steps to curtail such statutes’ scope and effectiveness even if they have not concluded their state’s certificate of merit statute is unconstitutional.

The ruling has no impact on medical claims because Texas is among those states that divides its certificate of merit requirements for medical and non-medical professionals. See Tex.Civ.Prac. & Rem.Code § 74.001, et. seq. (medical malpractice).

The statute considered in Jaster requires that a certificate be filed with the original petition.

In Texas, the consequences of outright failing to file a certificate of merit in cases against design professionals can be severe.

Section 150.002(e) grants a trial court broad discretion to dismiss a suit with prejudice if the plaintiff does not serve a certificate of merit contemporaneously with his lawsuit.

The statute provides an exception to the contemporaneous filing requirement only where:

As the dissent pointed out in Sharp, Texas’ statute is more of a “trap for the unwary,” than a mechanism to prevent frivolous lawsuits. Sharp, 321 S.W.3d at 754.

As a result, a plaintiff who is either unaware of his duty (which happens all the time) or who is unable to obtain a pres-suit certificate of merit against a design professional (more common) may sue a cooperative contractor.

The plaintiff then simply waits for the contractor to initiate the inevitable third-party action against the design professional.

The design professional is left with a choice: risk the plaintiff will not be able to develop its own certificate of merit after discovery, or settle a possibly meritless claim that it previously would have been able to dismiss immediately.

If an expert’s report (certificate of merit) is developed later in discovery, the plaintiff can then seek to initiate suit against the design professional even if the plaintiff was unaware of its initial statutory obligation to do so.

Even if the contractor never files a third-party petition, the design professional may be forced to incur substantial attorney’s fees to defend the meritless claim at least until the defendant can file a motion for summary judgment, which frequently can take months.

In California, the state legislature fortunately drafted a better statute.

California Code of Civil Procedure Section 411.35 expressly requires that both plaintiffs and cross-complainants provide a certificate of merit when their claims arise out of the negligence of a professional architect, engineer, or land surveyor.

The Texas legislature, however, has shown little interest in correcting the absurd result it created with its poorly worded statute.

No one disputes that in the years since pre-suit certificates of merit statutes were passed, most states have seen a dramatic drop in the number of negligence claims against medical and non-medical professionals.

In Texas, medical malpractice claims that do not involve catastrophic injury or damages have all but disappeared in many venues.

No one also can ignore that many appellate courts have shown little inclination to reign in increasingly emboldened trial judges eager to fulfill their “gate keeper” role.

In recent years, trial judges are commonly finding deficiencies in certificates of merit that only a few years ago would have been deemed adequate at least at the initial stage of litigation.

It’s possible, however, the recent opinions in Oklahoma and Texas should cause those who regularly handle and defend professional liability claims to prepare for the possibility that the pendulum may be swinging back the other way with regard to certificates of merit statutes.

It appears that at least some appellate courts may be willing to re-examine the role pre-suit certificates of merit should play in weeding out claims at the earliest stage of litigation.

Timothy B. Soefje is the Managing Member and head of the professional liability section at the boutique firm of Seltzer Chadwick Soefje & Ladik, PLLC based in Dallas, Texas. He is admitted in Texas and Oklahoma. For regular information about professional liability matters, follow him on Twitter at @TimSoefje and search #ProfessionalLiability. For more information, visit us at www.realclearcounsel.com or contact him at tsoefje@realclearcounsel.com.

Nicole Ward is an associate with Kennedy Attorney & Counselors At Law. She graduated from the University of Oklahoma College of Law in May 2017.  Her practice focuses on healthcare law, labor and employment law, construction defect litigation, and corporate law. She previously interned in-house for the general counsel at a nationwide building materials supplier and for an Administrative Law Judge at the Equal Employment Opportunity Commission (EEOC). At OU, she was a member of the Order of Solicitors, and won the Best Brief Award at the 29th Annual Ruby R. Vale Interscholastic Corporate Moot Court Competition. She served as a member of the Organization for the Advancement of Women Lawyers and served as a CASA volunteer.