Lawyers should move carefully before assuming the Supreme Court’s decision in the high-profile Masterpiece Cakeshop v. Colorado Civil Rights Commission case signals that lawyers too can refuse to represent a client solely because of the lawyer’s strongly-held religious beliefs.

On June 2, 2018, the High Court ruled 7-2 in Masterpiece Cakeshop that the baker could freely refuse service to a same-sex couple because it conflicted with his religious opposition to gay marriage. 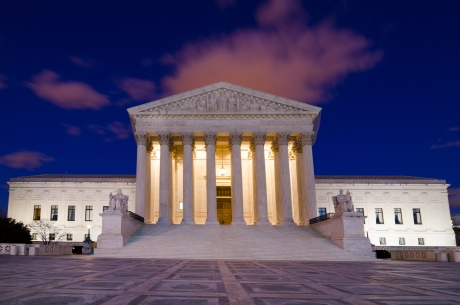 The Court, however, avoided the larger question of whether a business owner could refuse the sale of items or services to members of the LGBTQ community, relying instead on the law as it existed in 2012 and the specific underlying facts of the case.

Because of the Court’s narrow ruling, some legal experts remain doubtful the decision will result in lasting judicial precedent.

The Supreme Court’s ruling in Masterpiece Cakes begs the question: if a baker may constitutionally refuse service to a client based on strongly-held religious viewpoints, does it follow that a lawyer should be able to do the same? In short, the answer is – it depends.

In general, lawyers are free to represent whom they choose. The ABA Model Rules of Professional Conduct specifically does not require attorneys to take on clients or causes that they find “repugnant.”

Whether that professional rule of conduct will continue to survive constitutional challenge if a lawyer rejects a client solely because of the client’s homosexuality or gay marriage remains to be seen.

Lawyers with strong religious beliefs should be careful whom they chose to represent.

While in ordinary practice, a court generally will help an attorney who takes on the representation of a client and then seeks to withdraw, permission by the court is not always granted especially where opposed by the client. Terminating representation during the middle of a case can be especially difficult.

(1) the representation will result in violation of the rules of professional conduct or other law;

(2) the lawyer’s physical or mental condition materially impairs the lawyer’s ability to represent the client; or

(3) the lawyer is discharged.

(b) Except as stated in paragraph (c), a lawyer may withdraw from representing a client if:

(1) withdrawal can be accomplished without material adverse effect on the interests of the client;

(2) the client persists in a course of action involving the lawyer’s services that the lawyer reasonably believes is criminal or fraudulent;

(3) the client has used the lawyer’s services to perpetrate a crime or fraud;

(4) the client insists upon taking action that the lawyer considers repugnant or with which the lawyer has a fundamental disagreement;

(5) the client fails substantially to fulfill an obligation to the lawyer regarding the lawyer’s services and has been given reasonable warning that the lawyer will withdraw unless the obligation is fulfilled;

(6) the representation will result in an unreasonable financial burden on the lawyer or has been rendered unreasonably difficult by the client; or

(7) other good cause for withdrawal exists;

(d) Upon termination of representation, a lawyer shall take steps to the extent reasonably practicable to protect a client’s interests, such as giving reasonable notice to the client, allowing time for employment of other counsel, surrendering papers and property to which the client is entitled and refunding any advance payment of fee or expense that has not been earned or incurred. The lawyer may retain papers relating to the client to the extent permitted by other law.

Lawyers appointed by a court to represent a client, however, especially face an uphill path to refuse representation despite the holding in Masterpiece Cakes.

ABA Model Rule 6.2 states that good cause must exist in order to avoid appointment by a tribunal. The lawyer must show the “client or the cause is so repugnant to the lawyer as to be likely to impair the client-lawyer relationship or the lawyer’s ability to represent the client.”

Lawyers have been forced to represent racists, pedophiles, murders and all types of miscreants. Under current legal precedent, there is little chance any court would find a lawyer’s opposition to gay marriage or homosexuality would rise to the level necessary to avoid appointment if insisted on by the court.

In addition, ABA Model Rule 1.2 states that a lawyer’s representation of a client “does not constitute an endorsement of the client’s political, economic, social or moral views or activities,” which was a key argument made by the baker in Masterpiece Cakes for refusing service of the gay couple.

There can be no doubt that Masterpiece Cake signals a new era of freedom for business owners to refuse service to customers based on personal convictions. But for now, attorneys should expect little change in their practices.

Inevitable, some attorneys will continue to be forced to represent clients even though it goes against their strong-held moral and religious beliefs.

Timothy B. Soefje is the Managing Member and head of the professional liability and construction defect group at the boutique firm of Seltzer Chadwick Soefje & Ladik, PLLC based in Dallas, Texas. He is admitted in Texas and Oklahoma. For regular information about professional liability matters, follow him on Twitter at @TimSoefje and search #ProfessionalLiability. For more information, visit us at www.realclearcounsel.com or contact him at tsoefje@realclearcounsel.com.

Autumn Keefer is a law clerk with the boutique firm of Seltzer Chadwick Soefje & Ladik, PLLC based in Dallas, Texas. She will enroll at Southern Methodist University School of Law in the fall. Ms. Keefer holds a Masters Of Legal Studies from Texas State University.  For more information, visit us at www.realclearcounsel.com or contact her at akeefer@realclearcounsel.com.